We’re in the thick of the Music Awards Season and sometimes keeping track of these events gets a little confusing. We’ve taken the top 10 Music Award Shows of the year and will provide a quick blog guide. Month by month we’ll cover what’s coming up, the bare essentials and highlights.

January and February is when all the award ceremonies blast off. The People’s Choice Awards rolls out the Red Carpet first followed by The Grammy’s and The Brit Awards and the Canadian Junos. 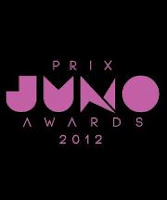 The People’s Choice Awards (Nokia Theatre, LA, California) have come and gone, The 54th Grammy’s are this Sunday night (Feb 12th, Staples Centre, LA, California), The 32th Brit Awards air live Feb. 21st from London’s O2 Arena and The 41st Juno Nominees are April 10th, Scotia Bank Place, Ottawa, Canada, this year and air live on CTV. Nominees for Juno’s have just been announced. The Juno’s unlike the other awards shows do not have a permanent home and are held in different cities across Canada each year. This has a lot to do with Canada’s unique geographical and cultural diversity (5300 miles coast to coast, second largest country in the world).

The People’s Choice Awards (LA, California) kick off Awards   Season, recognizing the people and the work of music, television, movies and books.  It is widely believed that the Peoples Choice Awards results are indicative of who will win a Grammy in February.  The People’s Choice Awards aired January 11, 2012 at the Nokia Theatre in L.A. Broadcasted on CBS and hosted by Kaley Cuoco. These are poll-based awards, which include a mixture of online polling, Internet Video viewing data and candidates determined by national ratings averages, box office grosses and album sales.

An absent Katy Perry cleaned up at The People’s Choice Awards this year taking home awards for Favourite Female Artist, Favourite Song of the Year for “E.T”, Favourite Tour Headliner, and Favourite Music Video for Last Friday Night (T.G.I.F). Lady Gaga’s  ‘Born This Way’ took home Album of the Year and Demi Lovato surprised everyone by beating out Beyoncé, Katy Perry, Lady Gaga and Rihanna for Favourite Pop Artist of the Year. 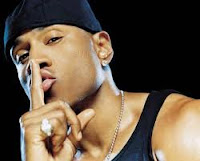 Next on the list of Music Awards is the Grand Daddy of all music award shows: The Grammys, airing on CBS (this) Sunday, Feb. 12, 2012 8pm, hosted by LL Cool J. Touted as ‘music’s biggest night’, this is considered one of the most prestigious awards in the music industry because it is based on peer-to-peer evaluation. Members of the Music Industry and Record Companies submit recordings to be nominated and winners are determined by votes from members within the industry.

The National Academy of Recording Arts and Science recognizes outstanding musical achievements based on these votes. The Grammy’s are music equivalent to the Academy Awards for film, Emmy Awards for Television and the Tony Awards for Stage.  This year Adele returns to the stage for the first time since her vocal cord surgery. Kayne West, Adele, Foo Fighters, Bruno Mars and Bon Iver lead the nominations. 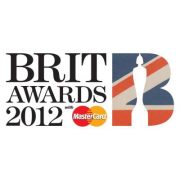 The BRIT Awards are Feb. 21, 2012 and will be hosted by James Corden and held in London’s 02 Arena. The BRIT Awards are the British Phonographic Industry’s annual pop music awards. The awards are voted for by the BRITS Academy, which is comprised of 1,000 individuals from across the U.K’s music business. Their votes are collected and tallied online by the ERS (Electoral Reform Services) this year’s performances include: Adele, Blur, Bruno Mars, Coldplay, Florence and the Machine, Noel Gallagher and Rihanna. Ed Sheeran leads the nominations with four, including a nomination for British Male Solo Artist of the Year.

Robbie Williams is the record holder for the greatest number of BRIT Awards. He won 12 for Solo Artist and 5 awards as a member of the Pop Boy-Band sensation Take That. A personal ‘favourite BRIT award moment’ was the 1997 performance by The Spice Girls, where Geri Halliwell debuted her infamous ‘Union Jack’ dress (YouTube link below). That dress went on to be auctioned off for 41,000 pounds and win the Most Memorable Performance of 30 years at the BRIT Awards in 2010.

The biggest Awards Show of all this month happens Feb. 26th, LA Grand- the 84th Oscars! MyETVmedia.com will be there, stay tuned!

Email ThisBlogThis!Share to TwitterShare to FacebookShare to Pinterest
Labels: Awards