Mira Nair continues to amaze with her very unique, international brand of filmmaking. What better film as a festival opener than The Reluctant Fundamentalist?  Her colourful, heartwarming internationally acclaimed film Monsoon Wedding followed Salaam Bombay for which she won the Golden Camera and Audience Award at Cannes.

The Reluctant Fundamentalist – Mira Nair’s film adapted from the novel by Mohsin Hamid is one of the highly anticipated films of Venice. Set in Lahore Pakistan, and Princeton, New Jersey over a decade that saw the Twin Towers vanish from the New York skyline, this is a story of love, ambition and tragedy.
Starring, Riz Ahmed, Kate Hudson, Live Schreiber and Kiefer Sutherland.

17 Films In Competition Golden Lion Trophy:
Some Films to Highlight

Highlighted Films Screening Out of Competition: 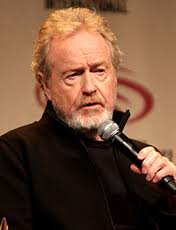 Youtube’s New Film Competition with Venice Film Festival & Ridley Scott was announced in January 2012. 10 Shorts will be screened at Venice. The prize is a trip to Italy, and a $500,000 grant to work with Mr. Scott’s company. Ridley Scott has already had one project on YouTube “Life In a Day” a 2011 documentary created from user-submitted videos. The Weinstein Company and Mr. Weinstein is involved. The 7 year old website will be link with the world’s oldest Film Festival. YouTube found that a previous effort to showcase shorts from festivals around the world was not successful and is on hiatus. Yahoo also has recently started it’s own short film project.

Venice and Ridley Scott are a good combination with a new artistic director and new management Venice Film Festival is looking forward to being aggressive.

Check out these latest myETVmedia exclusive film features and bookmark the site to keep posted on the latest film festival news and other great entertainment.

The Magic of Venice in Films

Posted by myETVmedia at 16:43 No comments:

Fan Boys and Girls rejoice as 17th Annual Fan Expo returns to the Toronto Convention Center in on August 23-26 to bring the best of Sci-Fi, Anime, Horror and Gaming genres to Toronto. With this year set to be bigger than ever we’ve got some Fan Expo noobs wondering how to make the most of the convention, and to answer the big question “ To costume or not to costume?”

Here’s our beginner’s guide to making the most out of this year’s FAN Expo.

1. Plan your schedule in this order: Panels, Pee Breaks and Purchases.
Ah the three P’s. An essential tool when planning out your time.There are so many celebrities, artists and events going on that scheduling out where to be over the four day expo can get a little overwhelming. Panels are the most time consuming activity- which is why it’s so important to schedule them in first, than your bathroom breaks (trust us, the lineups are an event all unto themselves) and last but not least- time to shop.

2. Bring a poster tube with you if you’re planning on buying art
This one is pretty straight forward. After you spend over $300 on original artwork the last thing you want is some Stormtrooper spilling his Nacho dip all over your piece.  You can buy a poster tube with a strap to make transporting around all the easier.

3. Deodorant. Wear it.
For the love of God wear, Deodorant. Some odd 80,000 fans see their way through the convention center over 4 days. Most of them smell, really really bad. Don’t add to the problem. Be the solution. Wear deodorant, everyone around you will thank you. I see the degree girls trying to hawk deodorant to bums in dundas square all the time. They should have a booth at the expo if ever there was a group that needed it...

4. It’s all about the right gear
Wear comfortable shoes. Dress in layers. Bring a bag big enough to comfortably carry all of your shit .Don’t dress to impress, dress to survive.

5. Arrive early.
Arrive 15-20 minutes before a panel begins if you want to get in. The more popular the panel the earlier you want to arrive. That being said, there are no guarantees. Pick tickets up today if you can (South Building).

7. Entertainment is key.
Fan Expo is full of amazing things to see and do, however once and awhile you’re going to want to chill out and take a break from the insanity. We recommend bringing a handheld gaming device for optimal chill out entertainment. Magic the Gathering games break out everyone as well, so don’t hesitate to bring a set of cards with you.

8. Pack a lunch
that is of course if you don't want to pay 8 dollars for a hotdog.

9. Artist Alley spending money tips
artist alley is pretty simple, artists take commissions; usually based on size or colors and can cost anywhere from 5 bucks to 300. Research is what is key here; look up your favorite artists to get an idea of what you're in for. If you're not bringing a poster tube grab a big hardcover artbook to keep your pieces safe.


A note on buying things at Fan Expo

Retailers bring their crap to these events with a mind to turn all of it, And I mean all of it into money. They really don't want to have to lug all their stock back with them. For many of the larger places this means trucks and smaller margins...You get the idea. In light of this they are going to try and squeeze as much cash as possible out of you. If ever there was a time for haggling it's now. However if you want a good deal on something make sure you don't piss anyone off with lowball offers or attitudes, you've gotta remember a lot of these guys have been selling this stuff for lifetimes (in dog years). The key is to make sure that everyone stands to benefit. If your gonna buy 5 graphic novels at full price try and see if you can get the sixth for free. If you want that galactus statue and the wolverine one try and get a deal for both. This last part I cannot stress enough; The best time to spend money on toys, costumes, comics...whateva is the last two days, specifically the last day. Like I mentioned no one wants to lug their stock home so they will be offering the stuff they were selling yesterday for a fraction of the price. I spent about 300 bucks the last con I went to, the last hundred of which on the last day netted me more stuff than 200 over the course of the prior two days.


11. FOR THE LOVE OF GOD: IF YOU ARE GOING TO WEAR A COSTUME PLEASE DO NOT INCLUDE ANY SOUND EFFECTS. MOST ESPECIALLY OBNOXIOUS JOKER IMPRESSIONS. FUCK.

Max Romano
Posted by myETVmedia at 10:32 No comments: